Home » What Does \n Means in Python Programming

What Does \n Means in Python Programming Today in this article you will learn about \n means in Python so let’s go and start. Python is a programming language that uses many codes for many different purposes.

There is a large number of codes and it is worthy to become familiar with their usage in Python programming.

This is the most fun way to learn about data structures and algorithms!

The best way to summarize this passage would be with an analogy.

The means in Python is just like how a basketball player uses their feet and hands together while jumping toward the hoop!

These codes are used to perform certain functions on the given set of operations. So they can be used directly by typing them in the text and they will perform their operation if they are properly coded.

Here we will discuss/n functions in Python programming. It is simply made of two parts, one is a backslash and the other is the letter n. in Python strings, backslash (/) is a very special character representing certain whitespace and it is also called the escape character.

The backslash is used before we use the next letter to completely describe the function that the computer will perform. So, backslash n (/n) means a “newline” and it shows us that n is used as a term for the addition of a new line.

These are the part of sub-strings of larger groups called escape sequences. In a nutshell, if you see /n in a string, it means the line ends at this point and right after it, a new line starts.

For example, we can take the use of /n in f strings is like, 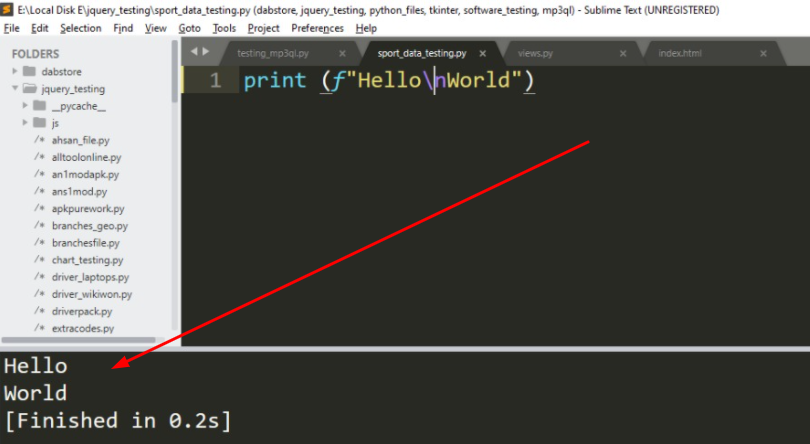 Now, you can see that there is the addition of a new line when you add the /n character in the string. We can relate this by using some codes with and without the use of “backslash n” (/n) to see the difference between its presence makes. 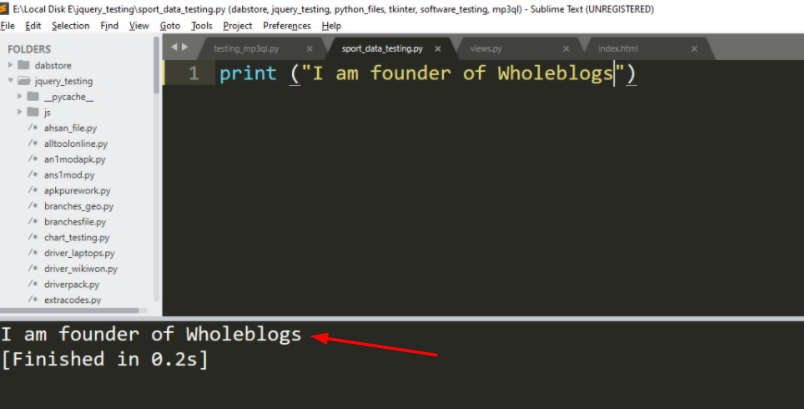 The output is:
I am founder of Wholeblogs

/n in the string

Now, when we use /n in the string then it is no longer a single line output but there will be an addition of a new line in the string. The use of /n is to show the end of a line of text in a file or string. 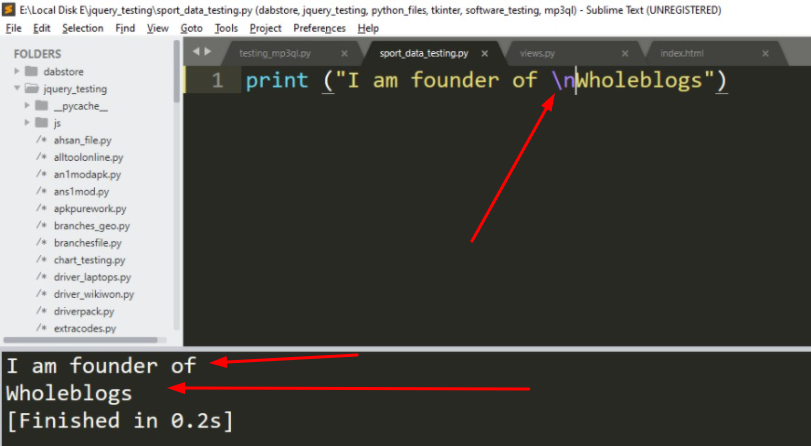 I am founder of

Read more: How To Fix “Key Error: 0” Python with a Dictionary?

/n in the txt file

You can use the new line character (/n) in the files too but in a hidden format. Whenever you see a new line in a file, it is due to the use of /n in the file. You can check the file by reading it using <file>.readlines ().

Now, take an example in which we have used “/n” in a f string. The string is the word we can use to show a part of the text in a computer program. 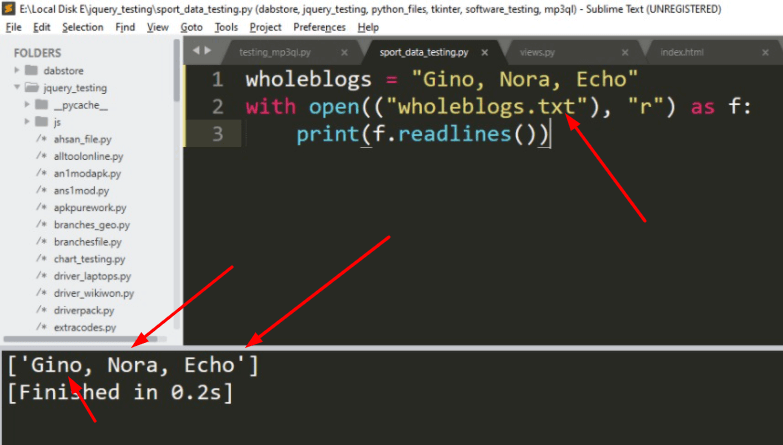 So if you use /n in the text file then it will add a new line and end the previous line at that point.

There are some replacements of backslash n (/n) which can be ‘end = <character>’, it will be add a new line to the file.